...Well. In things that should be dead, Fox Malaysia is the one chugging along when compared to the once planned Abu Dhabi park.

They are in the middle of construction of the park, as it's apparently going to feature AvP, Sons of Anarchy, Rio, Ice Age, and the Apes series.

And with the future of 21CF uncertain after a certain WSJ posting; I have to ask..what could you see happening to this in-developing park? It's not exactly something that can be easily brushed off by, and that a lot of capital and resources have already been put to play.

I'm very interested in the outcome here, as I was told from someone who had slight hands on the Dhabi project of high praise for what they were doing for the SoA property. But hey, I'm interested to hear your opinions too.

Disney has been trying to walk away from this project, and has now been sued 1.75 billion dollars.

Take it for what you will, but some more information has come out from someone close to the project on Themeparx:

Sounds like Fox was dragging their feet on this even before Disney came into the picture.

Something of note to me, this was going to be where that first Duel Power Coaster from Dynamic Attractions was to open next year.
Reactions: tankart150, LintemuthStudios and AlexanderMBush

Alicia said:
Sounds like Fox was dragging their feet on this even before Disney came into the picture.

Something of note to me, this was going to be where that first Duel Power Coaster from Dynamic Attractions was to open next year.
Click to expand...

Yup! This is also where one of the world's first two Dynamic SFX coasters is being installed (or, was, considering the suit).

So-far, Disney has commented towards this, and have gone on to say this is without merit.
Reactions: tankart150

AlexanderMBush said:
Yup! This is also where one of the world's first two Dynamic SFX coasters is being installed (or, was, considering the suit).

So-far, Disney has commented towards this, and have gone on to say this is without merit.
Click to expand...

Seems like there’s more to this story than is currently being reported. Will be interesting to see how it unfolds.
Reactions: tankart150, JoeCamel and AlexanderMBush

Alicia said:
Seems like there’s more to this story than is currently being reported. Will be interesting to see how it unfolds.
Click to expand...

Either way, I actually really hope they can continue the Fox partnership. As someone who had Justin Martin, it was fascinating to hear the incite from Dubai. And considering his involvement on SoA from there seemingly being taken to heart for Malaysia, it could get real exciting for that attraction in particular.

For the 2019 operating season, my intrigue has gone quite a bit for that park. And that's not even looking at how WB has knocked their IP's out of the park with a park in the Middle East from last year. And if the people that I think are on for Fox, then we may see something not only to equal caliber of that; but even better.
Last edited: Nov 27, 2018

Malaysia has been having a lot of issues with theme parks as they haven't been hitting anticipated numbers....which is part of the reason why another Malaysian theme park drop the Dreamworks Licensing for no branding whatsoever.

Genting who worked on a lot of IR resorts to include Universal Studios Singapore likely is more in the right than Fox....they have been in this business for a long time.
Reactions: tankart150

Apparently this may become a Six Flags or Universal park. We'll have to see.
Reactions: tankart150

I would guess there's going to be a slowdown building major theme parks throughout the world. Short of Shanghai, almost all of these new parks have been attendance and financial disasters, most notably that entire slew of new parks in the middle east. Even a Disney park like Hong Kong has struggled.
Reactions: tankart150 and LintemuthStudios

Keeping in mind of what @LintemuthStudios (which was from Themeparx), I would somewhat doubt Universal wanting to take on Malaysia. Especially, considering when you take into account of the subject of proximity of Singapore and Beijing.

Not to mention, you'd likely have to retheme everything, and redoing it from scratch.

If Fox Malaysia is canceled, then that is very disappointing. It's funny, seeing how the Fox brand is seemingly cursed (see the Dubai cancellation, and the long-ass period of time from announcement to completion for Avatar).
Reactions: tankart150 and LintemuthStudios

Malayasia won't happen as theme parks aren't as profitable there as hoped. Dreamworks themed area the Malayasia's main theme park lost its license after people weren't going to there and additionally, theme parks such as Universal/Disney will create heavy burden on consumers as Malayasia is not a high wealth country/area compared to the other areas where Universal has parks.
Reactions: tankart150

Which beg's the question, what the heck do you even do to what's there? You spent billions on infastructure, resources, and labor for a park that isn't going to be completed. Do you just strip all of the theming of Fox, and just make it a generic park? Or do you go reach out to a third party, where they can pick up the pieces and try to make a half-baked product.
Reactions: tankart150

Genting will move forward with the park, but stripping it of it's Fox branding.

The 20th Century Fox World store, has also closed in the wake of the shakeup.

Fox fights back in the battle over canceled theme park plans

Fox fights back in the battle over canceled theme park plans
Click to expand...

From Themeparx, the SFXCoaster track is now on site.

Bump, from the folks at Themeparx: 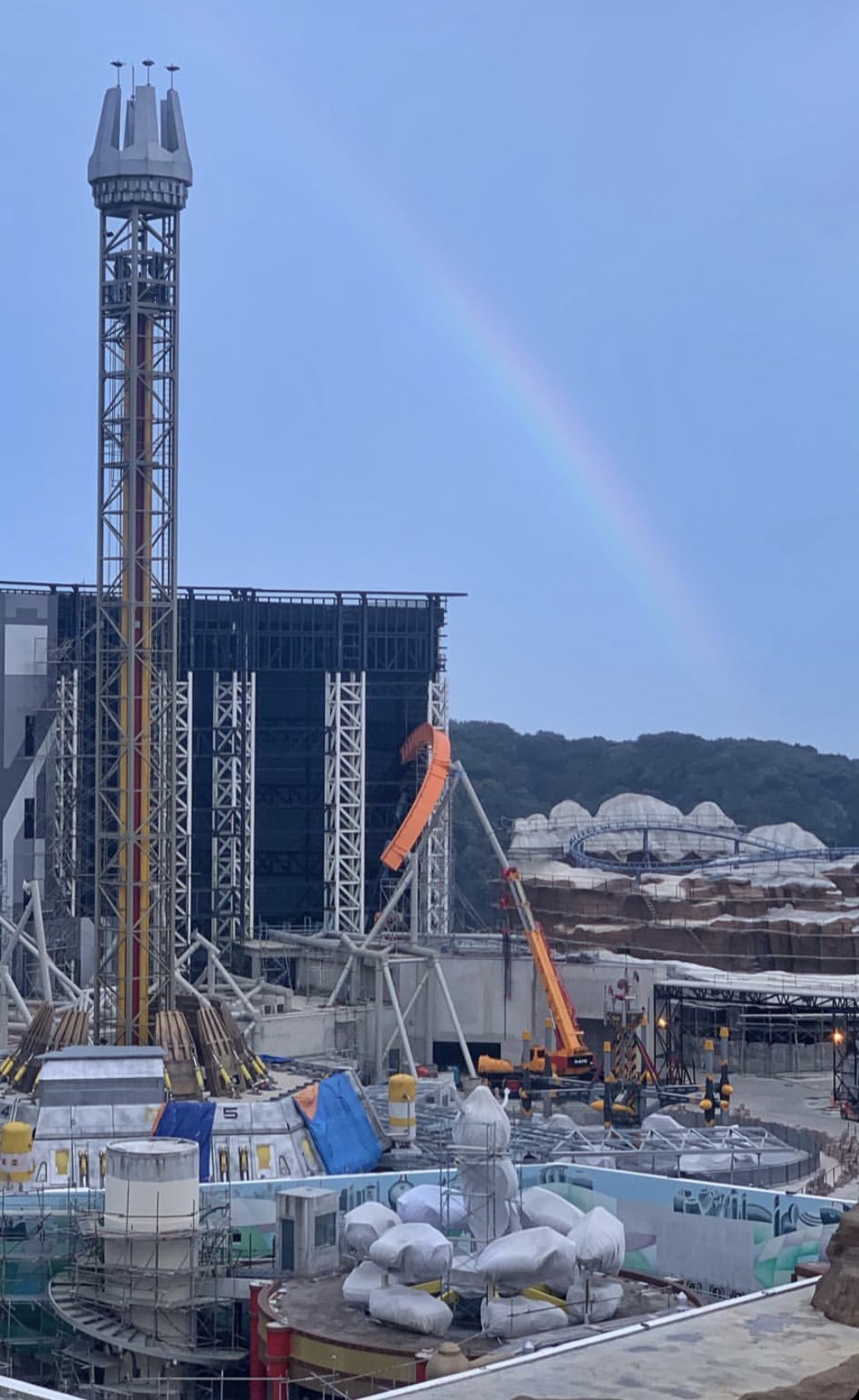 Just been to Genting and got some photos of construction

Reactions: Doug A. and AlexanderMBush

In the third picture that raceway attraction would have been perfect for F&F. (More of just dreaming I realize it can’t/couldn’t happen) Even how they have it set up too with it going into a warehouse.
Reactions: Mad Dog
You must log in or register to reply here.
Share:
Facebook Twitter Reddit Pinterest Tumblr WhatsApp Email Link
Top Bottom