Normally I wouldn't be excited for the opening/re-opening of an SLC. However this one has the new restraints. Will this cause me to go out of my way to go to KK? No. However if they did this to the one at Wild Adventures I would make the 2 hour trip north to go to that park again. While I'm sure even with these new trains/restraints there will be some roughness, the absence of the old head-banging harnesses should provide less headaches....lol

The latest incarnation of Kentucky Kingdom's gut-wrenching suspension roller coaster, T3, is set to open just in time for the holiday weekend.

With more than $2 million in renovations to the trains and the track of the old T2, the new T3 is an entirely different coaster, allowing the rider to comfortably experience every twist and turn of the 2,260 foot steel track. The T3 was designed to be as smooth as possible for riders as they fly through the five inversions and loops.

"You're sitting comfortably, your hanging loose, but still secure — it's really just an exhilarating ride from start to finish," said John Mulcahy, communications and marketing director for Kentucky Kingdom.

Mulcahy credits the replacement of restrictive overhead bars with offering a more comfortable experience for riders as they are suspended over the bright red track.

The new roller coaster begins with a 110-foot climb to the top of the lift hill before dropping riders into a flurry of loops, spins and quick turns. T3 reaches speeds in excess of 50 miles per hour and has a run time of about two minutes.

The T3 roller coaster, dubbed "The Next Generation of Terror," replaces the T2 suspension coaster first built in 1995. It is the eighth new attraction Kentucky Kingdom has unveiled in 2015.

Mulcahy said the new attractions and improvements have breathed new life into the park that first opened in Louisville in 1987.

Kentucky Kingdom has seen growth in the number of out of town visitors deciding to purchase two-day passes for the park, he said. For locals, the theme park is hoping the new attractions will be one more reason to make Kentucky Kingdom a hometown favorite.

"All of this is part of an effort to bring back some of the attractions that made us one of the most thrilling parks in the country," Mulcahy said. "People are seeing that you don't need to travel far to go to a great park anymore."

T3: The Next Generation of Fear, has recently been nominated as one of the Ten Best New Amusement Park Attractions in a USA Today Reader Poll.

You can vote for your top pick once per day until voting ends on July 6 at noon.
Click to expand...

Kentucky Kingdom is doing a number of additions & improvements for 2018:

Two new films are being added to the 5D Cinema. The first look at the "Happy Family, The Ride" film is of an animated family complete with a Frankenstein. The second film is "Journey 2: Mysterious Island," which stars Dwayne "The Rock" Johnson.

Kentucky Kingdom also plans to do extensive track work on the park's classic wooden coaster, "Thunder Run." Other upgrades for the park include new cabanas near the giant wave pool, more shade structures and new seating throughout the park.

President and CEO Ed Hart said in a release that the park had a record 2017 season drawing more than 9,000 visitors a day during the summer peak. More than 30 percent of those guests came from surrounding states.

Hart said when he and his partners, Ed Glasscock, Bruce Lunsford, and the Al J. Schneider Company, reopened the park in 2014 it had a total of 27 theme and water park rides. After an investment of $70 million, the park now has 70 rides and attractions.

Season passes for 2018 go on sale on the Kentucky Kingdom website on Friday, Nov. 3 for $69.95. Season passes include unlimited admission, free parking, $1 soft drinks and discounted food and merchandise. Free tubes for the water park and free sunscreen are offered to all Kentucky Kingdom guests. Additional discounts are included in the early bird season passes. Details can be found on the park website.
Click to expand...

Looks like a fun family coaster, it'll be a hit with the kids.

That said, I'm laughing my rear off with it being in Planet Coaster, and not in something like No Limits 2. 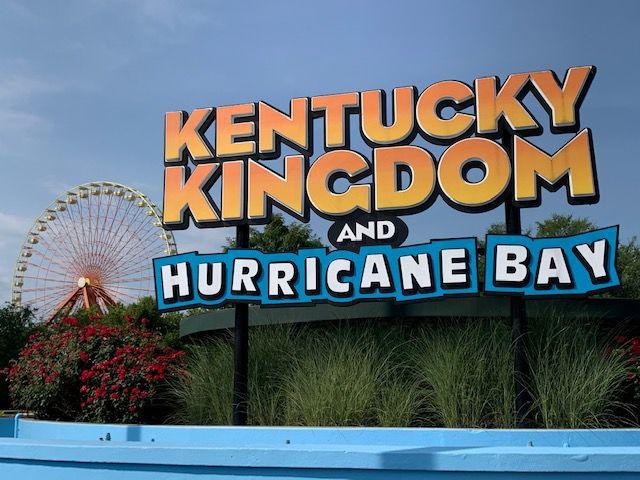 Kentucky Kingdom to be sold to national park operator

Herschend Family Entertainment, which owns Dollywood in Tennessee and Newport Aquarium, is the apparent buyer. "It’s going to be really a savior for the entity as it is there, because

Kentucky Kingdom has been sold to Herschend.

Kentucky Kingdom to be sold to national park operator

Herschend Family Entertainment, which owns Dollywood in Tennessee and Newport Aquarium, is the apparent buyer. "It’s going to be really a savior for the entity as it is there, because

Kentucky Kingdom has been sold to Herschend.
Click to expand...

Wow, that’s wild! Not a terrible buy on Herschend’s part. Hopefully they infuse some nice capex.

^ Hopefully they do more than they've done with Wild Adventures. They've been running that park for 13 years and haven't done much to improve it.

I would be shocked if Lightning Run isn’t cloned at least once over the next five years as parks look for cheap additions post-COVID (it cost less than $8M in 2021 dollars!).
Last edited: Feb 23, 2021
F

"Brian Thomas, general counsel for the Finance and Administration Cabinet, said the sale involves a "base price" paid up front for Kentucky Kingdom, but the "overall sale price" will be determined by the park's profitability in the three years following the acquisition."

ie - don't expect a whole lot of investment for the first three years. Figure out how to make the park profitable for three years without increasing revenue to the point they have to pay more to the old owners.
Reactions: Mad Dog
You must log in or register to reply here.
Share:
Facebook Twitter Reddit Pinterest Tumblr WhatsApp Email Link
Top Bottom