Studio Ghibli is finally opening a theme park expecting to open in 2022. The park will be built at the Expo 2005 Aichi Commemorative Park in Nagakute city.

Miyazaki is the co-founder of Ghibli and the mastermind behind timeless classics like ‘Princess Momonoke’ and 'Castle In The Sky.' The theme park will honor his works, as one of the most successful animators of his time. His movie, ‘Spirited Away’, won the Oscar for best animated film in 2003, the first Japanese film to receive such an award. Miyazaki went into retirement in 2014, marking a sad time for the animation world. However, last year he announced he would be making one final film, to be released in 2019 or 2020. The film will be made for his grandson and is his way of leaving something behind for him when he is no longer around. 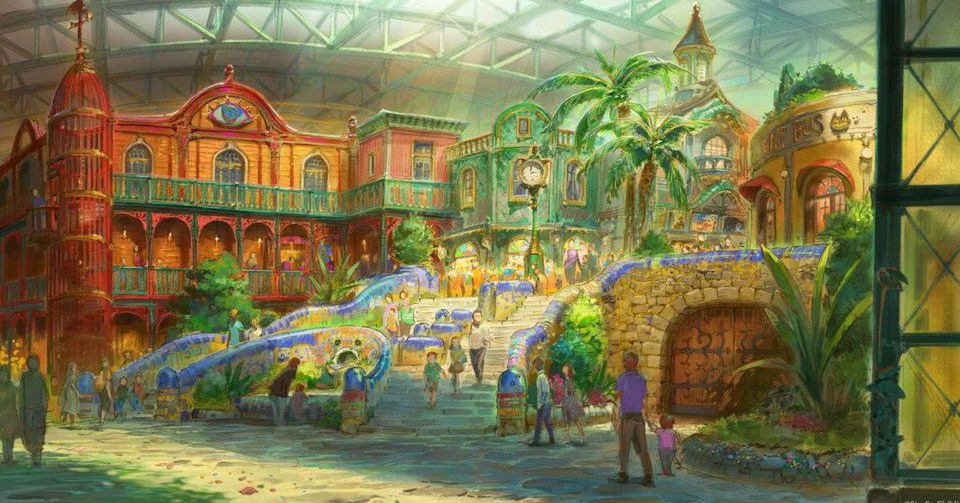 The latest details on the Studio Ghibli theme park

Is this a major thing in Japan? I’ve never heard of the studio or the films.
F

They are basically the Japanese equivalent of Disney animated films. They are fairly beloved by animation fans and obviously people who are anime fans. But they transcend the anime genre in many people's view including my own. Definitely some beautiful films, my personal favorite being Castle in the Sky.
Reactions: Grabnar, NeonErmine and Teebin

Perhaps the most famous japanese animation studio and only foreign studio to win an oscar.

Outside of Sanrio..Ghibli for a lack of a better words, is iconic in the entertainment industry; with many of their works being given with high remarks (and as @quinnmac000 stated, won an oscar for Best Animated Film with Spirited Away (even though it was released in the US about a year after it's JP debut)).

What?! Oh man, some amazing animated films. Other than the previously mentioned films above, a personal favorite is the devastating Grave of the Fireflies. Beautiful animation with a heartbreakingly humanistic narrative about the impact of WWII. I’d like to see a small tribute to the picture in the park, but it’s honestly too depressing to feature.
You must log in or register to reply here.
Share:
Facebook Twitter Reddit Pinterest Tumblr WhatsApp Email Link
Top Bottom