Freak said:
Welp Xcellerator is down again. Really wondering if Knott's thinks this is worth keeping around much longer?
Click to expand...

Maybe Cedar Fair and Intamin can come up with a new LIM/LSM launch solution like the rumors are for TTD. They can test it on Xcellerator first just like they did with the hydraulic launch.

It’s finally back! (and not just a taste this time.) The full-fledged Boysenberry Festival has returned to Knott’s Berry Farm. @knotts 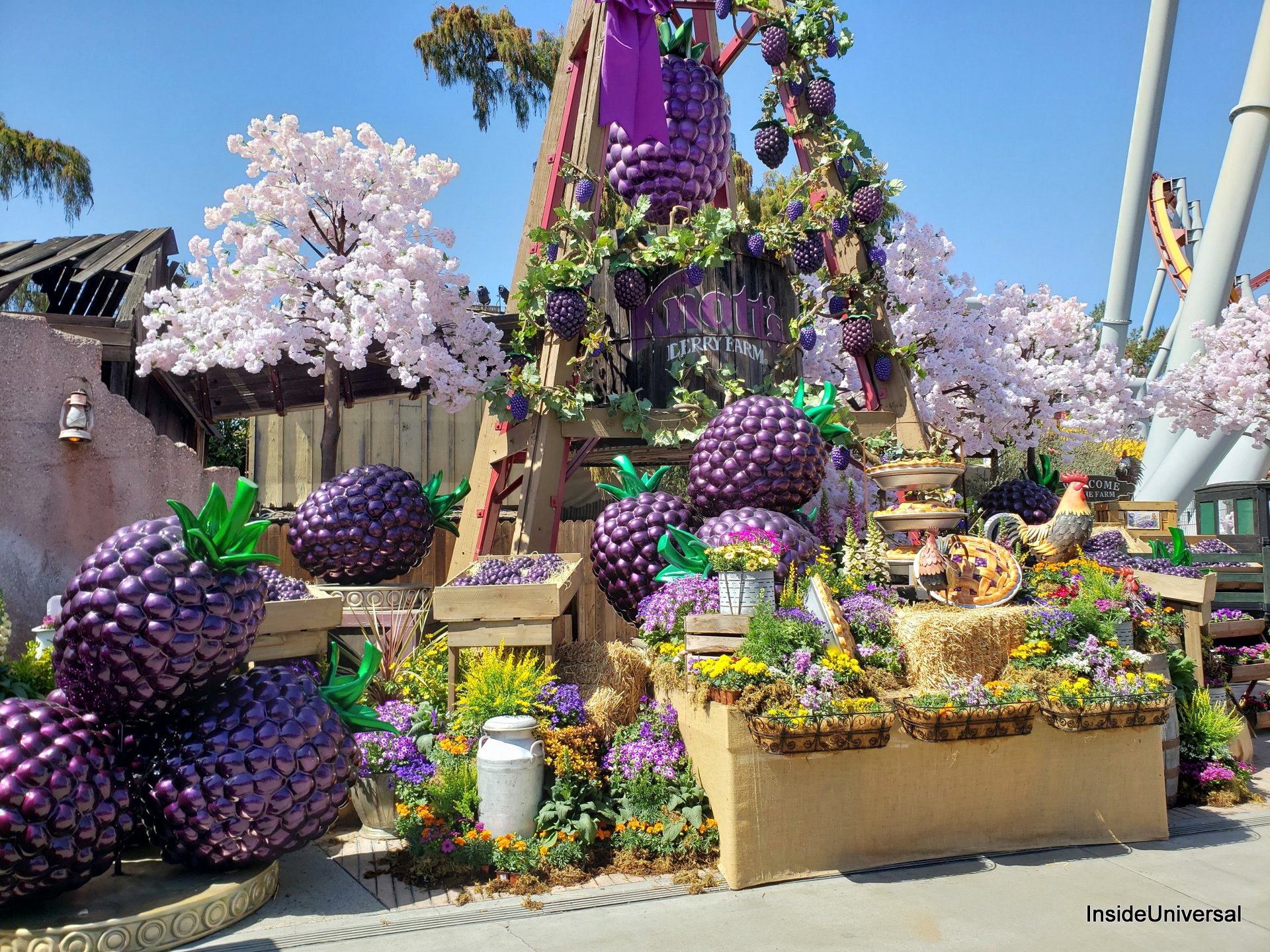 Well, it's finally back, and not just a taste this time. But the real full-fledged Boysenberry Festival has returned to Knott's Berry Farm after several long years of... everything. Last week, we covered the food that was going to be featured at the event so you can go to that page if you want a

The Knotts season pass haunt add on can't be purchased after April 10th, does anyone know how much it costs?

HHNspeculator said:
The Knotts season pass haunt add on can't be purchased after April 10th, does anyone know how much it costs?
Click to expand...

It was $99 when I added it on my pass for this year. Did they make a statement saying it would be on sale again?
Reactions: HHNspeculator
H

Yes, I got a season pass renewal email saying the add on is available through the 10th

Went to Knott's Berry Farm yesterday and every ride I want except Ghost Riders and Xcelerator, which are closed because of reasons

. Overall, it's so much enjoyable to go on a day where it's less crowded due to schooldays and as opposed to Disney and I managed to get the Calico Soda everyone's talking about. Might visit again this year for Knott's Scary Farm!

Wow. what a shame if this is what it has been reduced to.
Reactions: Freak

I heard rumors that the neighbors didn't approve of the plans for the giga and it didn't happen. These adjusted plans may be a response to the neighbors.

Eh, that's a bummer the park won't be getting a giga. At least SoCal will finally get a decent hyper coaster with good airtime....even if it isn't a hyper. :P

If it's not a giga, I dont even want it.

Maybe it's another type of coaster now? Like a west coast version of a B&M surf coaster?

GAcoaster said:
Maybe it's another type of coaster now? Like a west coast version of a B&M surf coaster?
Click to expand...

Dude NOOOOOOOO that would suck!

I think it's going to be a normal B&M minihyper layout. I'd much rather have the giga but I'll take what I can get.

With all that trouble they're going through, you would think they would at least make it a hyper.

Seems too small to have any kind of hyper height though...

And how do you know it would suck? Maybe the new design offers something really unique? Since they haven't built one yet there's no way of knowing...

Sigh...many people called it, and they were right lol. Honestly this should make the Knotts purist crowd happy. This is less likely to destroy much of the Ghost Town sight lines.

But man, SFMM is going to get a good laugh when this is announced.

As for the ride itself, if we get a smaller version of Diamondback, which is what this looks like, I'll be pretty happy.
Reactions: Freak

Southerncoasterer said:
Sigh...many people called it, and they were right lol. Honestly this should make the Knotts purist crowd happy. This is less likely to destroy much of the Ghost Town sight lines.

But man, SFMM is going to get a good laugh when this is announced.

As for the ride itself, if we get a smaller version of Diamondback, which is what this looks like, I'll be pretty happy.
Click to expand...

Yeah, I’m disappointed about this, but if we’re being brutally honest here, this would be more appropriate for Knott’s.

We’re lacking a coaster that has a fun B&M hyper style layout so this will still be fun. But still….what could’ve been man.
Reactions: Water Bottle

I wonder if the plan the whole time was to get this version made, and the rumored coaster was used as a negotiation.
S

Knotts has gotten lots of complaints of being over crowded and the lines being long and slow. The park could really use high capacity ride that doesn't go upside down. If you think about, they don't have one.

B&M hypers and gigas are really the only rides that fit that bill, so I can see why CF desperately wants these at both Knotts and CGA.
Reactions: Water Bottle and Freak

I dont see how this would help the park anywhere near as much.

A) This would not expand the footprint of Knotts, no new walkways, and it doesn't even utilize the area past Ghostriders gate which is basically open almost half the year now anyways because its so packed. I've had a knotts pass for 18 years now and post covid the park is as busy as its ever been. Knotts needs some more breathing room.

B) Its ugly, this is not new knotts, this is old (2000-2012) knotts, ruins ghost town way more than the giga plans. The new coaster you wouldn't even see from ghost town main street, other places the coaster is just backdrop portrait . It doesn't go over any of ghost town.Taking out the bakery, taking away all those seats and on top of that having giant coaster track going both ways over what I think is one of the nicest paths in the park. All those trees and the fountain, its a nice place. Now you'll have coaster track going both ways. Over the ghostrider pre lift and queue too. Way more intrusive to the park (Not neighbors) than the giga plans

C) Its simply not quite what the park needs coaster wise (if its not 244ft and 165). Knotts doesnt need a another good mid-tier thrill coaster. It needs a stand out steel coaster, a show stopper, a Magic Mountain Killer. Thats the only thrill ride knotts needs left. After that they have enough and can just focus on families again for 10 year add a new dark ride, redo jaguar.


I'm ok with a decent sized hyped coaster not a giga but its gotta have the right integration in the park and be bigger than Goliath still.
Reactions: deadbydawn
S