Soft Openings have begun for the Universal Hollywood addition of Vivo's Italian Kitchen.

Keep in mind that this is intermittent to open or close at any time.
Last edited: Aug 18, 2018
Reactions: Ron101 and Mad Dog

I hope your's is as good as ours.

The menu looks reasonably priced for a full service CityWalk restaurant. I was hoping to try it today, but it wasn't open when I passed by around 12 pm and again around 6 pm.
Reactions: Rideguy70

Yeah, I'll add that later that same day I took the pic of them in soft open, when I went back through by 9pm, it appeared completely closed. So it may be pretty limited and/or random hours for the softs.

I am glad to see that the prices aren't too bad! For some reason, I seem to recall Vivo in Orlando was more, but maybe it just felt like more after already paying for hotel, car, and park hopper passes. 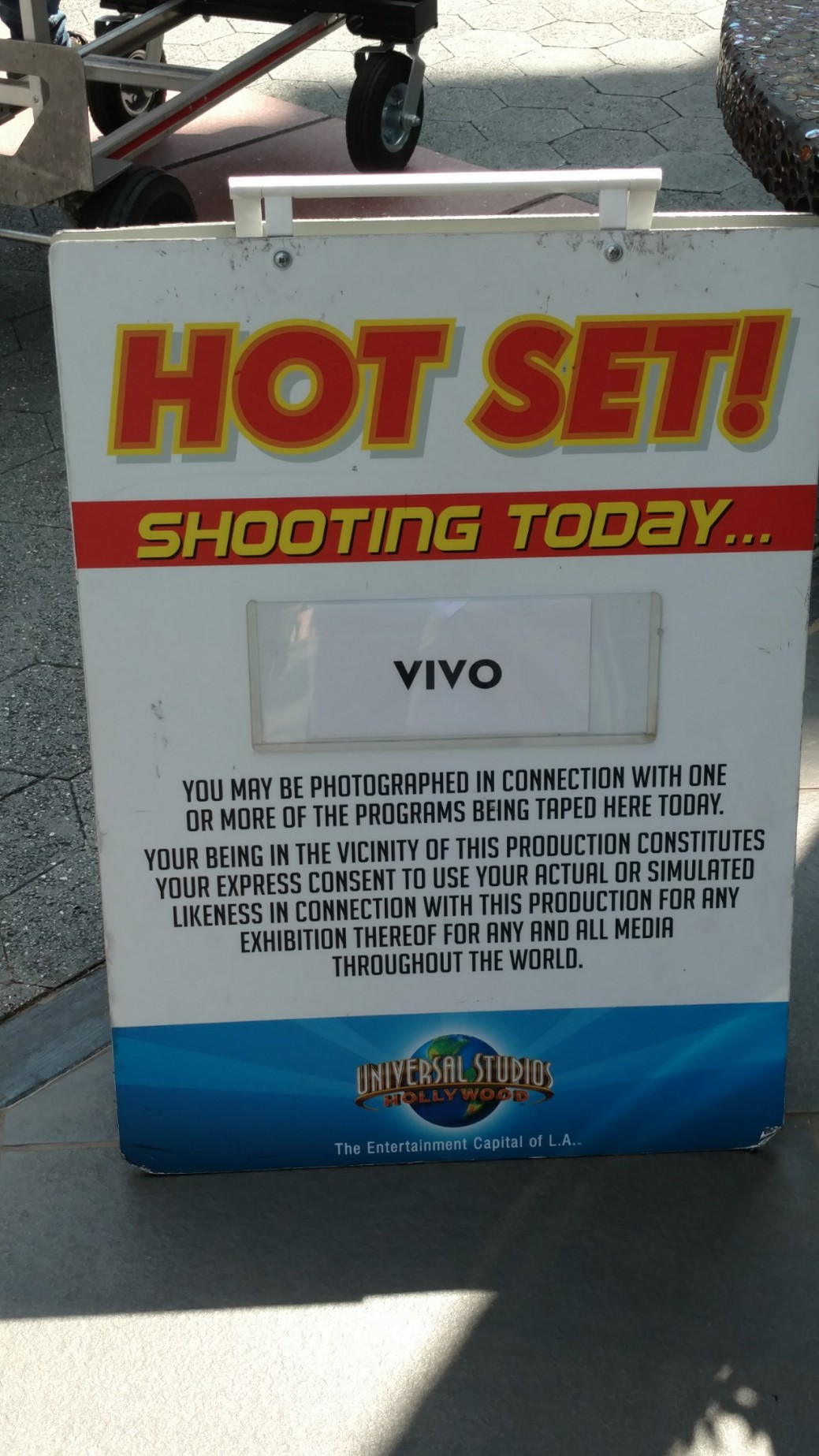 Looks like they're filming some promotional material in the restaurant today.
Reactions: Joe

I haven't been up to the parks in about two weeks... is Vivo open? I noticed it has a live page on the Citywalk website, and is taking online reservations.

Rideguy70 said:
I haven't been up to the parks in about two weeks... is Vivo open? I noticed it has a live page on the Citywalk website, and is taking online reservations.
Click to expand...

Looks like it's open now. I booked an online rez yesterday for Labor Day. There's also 12 reviews on Yelp. Will post an update after dining there.

Finally got to try Vivo tonight. Love the décor and color scheme, from the subway tiles in the restrooms to the pattern of the stone countertop used in their bar area to the use of wood flooring in the ceiling to the obligatory Italian theming (olive oil bottles, assorted pastas, etc.).

I had the Squid Ink Seafood, wife had the Grilled Salmon and our three kids shared the Sausage Ragu from the dinner menu and Crispy Shrimp Pasta from the kids menu.

My fave was the Squid Ink Seafood. A really thin white wine sauce, but full of fresh seafood flavor. I'd definitely order that again. Everything else was just okay. Salmon was fine, but nothing special. The olive relish was some of the saltiest I've ever had. The olives alone would satisfy your recommended daily sodium intake and then some.

The flavor of the Sausage Ragu was good, but again, nothing spectacular. A nice blend of marinara and cream for the sauce. One complaint would be that the penne was too firm. Just a touch above al dente.

The shrimp in the Crispy Shrimp Pasta was good with a light batter, but the sauce was just too plain. It's a simple lemon butter sauce that could've used some cream to round it out. The waiter said that during their softs, they originally had cream in the sauce, but that most kids didn't really like it so they removed the cream. I call BS. Unless they're lactose intolerant, what kid wouldn't like a creamy, cheesy sauce?

Portion-wise, it was just adequate. Not bountiful like Buca di Beppo. The kids menu is designed for 9 and under, but my super skinny 7- and 9-year olds could've easily cleaned their plates if they had their own kids meal. At least they filled up on a second loaf of bread.

I'm surprised that the restaurant wasn't packed for a holiday. I'd say about 60% full when I left at 7 pm. Maybe that'll change as time goes on and people start to discover them.

As previously mentioned, the prices are very reasonable for a full service CityWalk restaurant. Most dishes were under $20. Perhaps I'll try the risotto or beef medallions next time.

All in all, I think Vivo is a great addition to CityWalk's restaurant offerings.
Reactions: Teebin and AlexanderMBush

I've eaten at Vivo 4 times in the last week. Good food at decent prices. The first few visits seemed a little chaotic at the bar but service was good. Lunch and Dinner menus vary a little bit but I was able to order off the Dinner menu at lunch with no issues. A good addition to Citywalk.