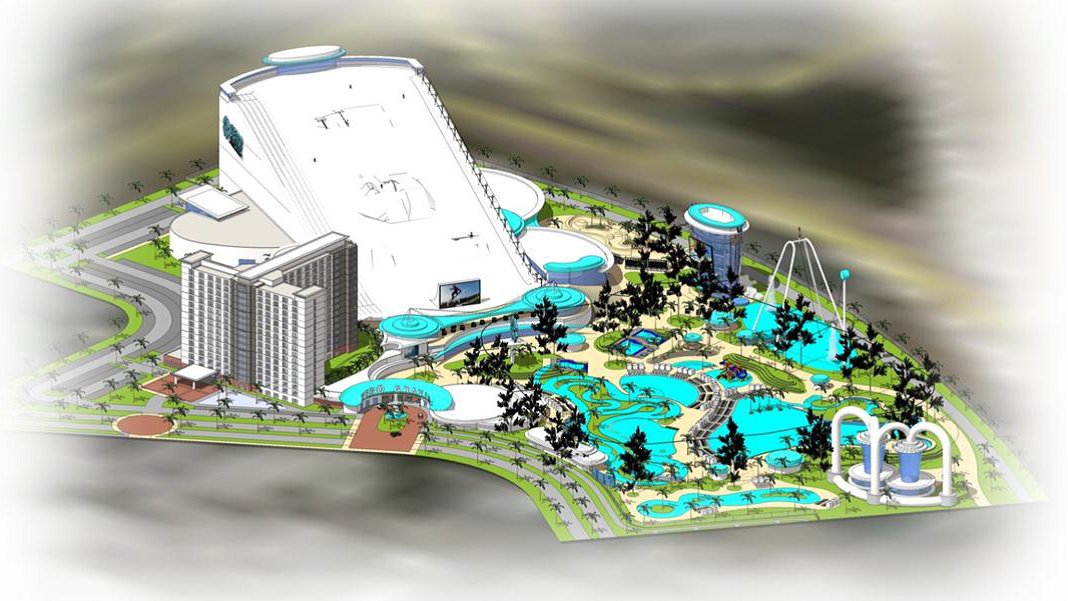 "There’s a lot of phrases one could use to describe Central Florida, but snowboarding mecca isn’t one of them. Or rather it hasn’t been one of them until now. That’s thanks to a company named Xero Gravity Action Sports, which unveiled its plans on Wednesday to build a $309 million extreme sports-themed resort near Kissimmee, the Orlando Business Journal reports. Along with a luxury hotel, the resort is set to include a “14-story ski and snowboard mountain with nine snow tubing lanes,” as well as a “snowball fight arena.” A whole arena! Hey, if Dubai can have a winter resort in the desert, there’s no reason Kissimmee can’t have one in the wetlands…

The resort, according to the company’s statement (via OBJ), will also feature attractions for warm-weather-loving extreme athletes, as well, including:

“Our company is creating the next step in the tourism sports industry,” the company’s founder and chief executive Larry Walshaw said (via OBJ). “We are developing a one-of-a-kind sports and entertainment resort which provides unique hands-on experiences. We will be hosting televised pro and amateur competitions, think X-games, with sports shows and clinics, and we will have daily competitions at all venues for visitors who like to compete.”"

Where is this going?

I have to say that sounds pretty awesome. I hate the cold but wouldn't mind trying my hand at some snowboarding!

Teebin said:
Where is this going?
Click to expand...

Very similar to the proposed aquasol that was going to be build on i-drive. Are these the same people and did they just go for another location?

I have been wiating for the day we get an indoor ski slope down here. This makes me very happy. I can finally dust off my snowboard boots