Maybe Lightning forgot to brush his grill, the morning this was filmed.

If it’s anything like the mouths in Radiator Springs, it looks a lot better in person than on video.
Reactions: AlexanderMBush

It looks identical to the projections used in RSR. I always thought the projection looked strange at first glance, but you get over it almost immediately. Especially when there's actual talking.
Reactions: AlexanderMBush

Alicia said:
Projected mouth is weird. At least he’s facing away from us for a good amount of the show.
Click to expand...

I mean, isn’t the mouth projected in RSR though? That’s how I remember it at least.
Reactions: GadgetGuru

Nick said:
I mean, isn’t the mouth projected in RSR though? That’s how I remember it at least.
Click to expand...

I pulled up a YouTube video of the RSR cars. The mouth is much lower resolution and dimmer. That helps it blend in better to the car body, but the RSR car mouth doesn't seem to have the same level of articulation.

I only skimmed that video, but I think it looks like a fun little B-ticket! Which is all it really needs to be. For a "quick fix" addition to preemptively add capacity, it seems to be a quality effort.
Reactions: Coasted, Dhdhddh, Clive and 1 other person

Fun fact: the wheels don't spin, the outside logo does.
Reactions: GA-MBIT, Dhdhddh, ChristopherSE and 3 others

Joe said:
Fun fact: the wheels don't spin, the outside logo does.
Click to expand...

Looks pretty convincing with the tyres and rims.

So does the outside spin or is it a projection?

Scott W. said:
So does the outside spin or is it a projection?
Click to expand...

Caught DJ’s dance party in the afternoon and thought it was really cute! I liked the mix of dancing and games. It was interactive and fun and high energy. Still similar to the Incredibles Shindig (and Disney jr dance party, while we’re at it), but had its own charm.

As for LMRA, it was really pretty and the AA is really impressive (even though his mouth is a different color in person, too). But I thought the writing was a bit weak. For the first half of the racing simulator, I actually felt it would fit better in Epcot (blasphemy!) and then once the secondary narrative kicked in, I thought it could be fun and interesting, but it kinda lost me lol. It didn’t make too much sense after that. But it was definitely cute and a nice, air conditioned diversion while you’re waiting for your next fastpass.
Last edited: Mar 31, 2019
Reactions: Allison and Alicia

Nice to hear mostly positive things for this, even if it is just a meant to be more of a distraction than anything (and add some additional capacity). I'll hold off on watching video for now as i'll be at the park either Monday or Tuesday.

I caught this one today and I thought it was pretty cute!

It was a nice way to soak up some AC, and the Lightning* McQueen AA looked good to me. The kids around me all seemed to enjoy it as well. I’ve also never seen any of the Cars movies but I enjoyed it nonetheless.
Last edited: Apr 5, 2019
Reactions: belloq87, Alicia and Mad Dog

I went a few days ago and was able to get in with just a few folks due to a Thunderstorm and technical difficulty and sat in front row. It's a good addition since not much in the park right now but of course that will change soon with the expansion coming soon. Made a video of the show also.

So I actually hadn’t experienced this yet until today. Haven’t really been to DHS much this year at all come to think of it and I wasn’t about to race out for a show like this.

Anyway, I enjoyed it for what it is - a B-ticket attraction that has the advantage of being indoors and air-conditioned, which certainly helps on hot (or rainy) days.

I will say that I think that I think this show has what would be the best AA in a new attraction In a normal year. The Lightning McQueen AA is extremely fluid and very impressive. This year just is seeing a ton of new impressive AAs being added. 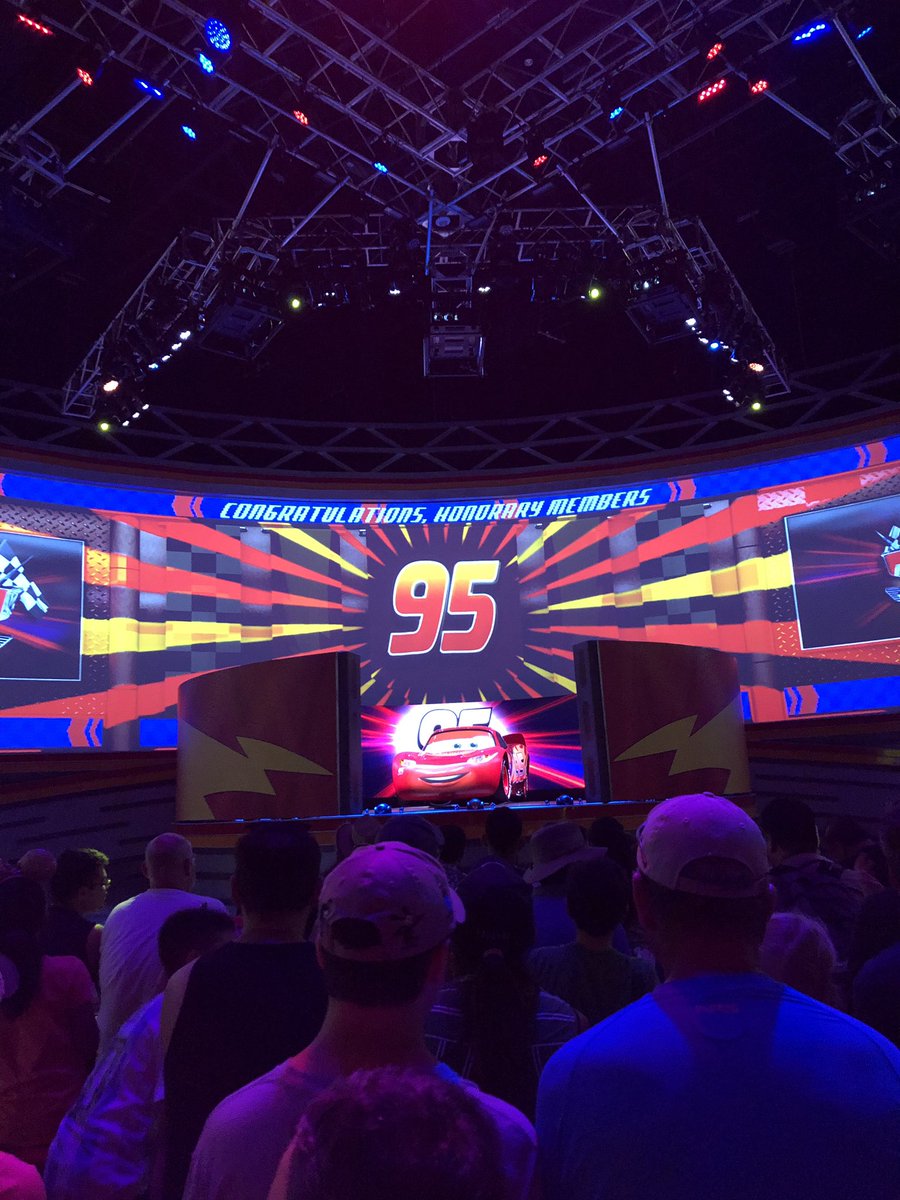