^ Yeah the Eagle theme is pretty much a given considering there is an egg in a tree getting ready to hatch. Can't wait until early summer 2012 for my next venture to Dollywood!

Having it built on that ridge was a fantastic idea. It'll easily add 50 to 70 feet to the supports. Now I'm wondering where the supposed 200 foot drop is going to be. With the help of that ridge, it technically wouldn't have to be at the beginning.

Just visited Dollywood for the first time over the weekend and loved it. Wrote a review for TripAdvisor and I figured I'd share it here too.

Made the trek to Dollywood for the first time this weekend to celebrate my birthday and absolutely loved the park. I got the 3-day Splash & Play ticket which at about $91 or so was an amazing value. I spent 2 of those days at Dollywood and still felt like I didn't get to see everything and there was plenty more I wanted to do.

First, the service was incredible. It's mostly seniors working here and most of them were real sweet and friendly. Especially loved the ladies working at Chasing Rainbows, the Dolly museum! We did have one bad experience with one kettle corn worker but a quick visit to Guest Services and it was quickly sorted out.

What the park lacks in major rides, it makes up for in atmosphere. As much as I'm a themed ride and thrill junkie, I'd trade those for just taking in the sights and sounds of Dollywood all day, from the real train (which I didn't have a chance to ride), to the blacksmith workers, to Dolly's music piped in all over the park.

But the rides were great too. Barnstormer is definitely the best pendulum swinger I've ever been on, while Mystery Mine was scary and unpredictable. Thunderhead was the fastest, most thrilling wooden coaster I've encountered, and the Tennessee Tornado was fast but fun.

Blazing Fury was like stepping back into the 70's, Daredevil Falls was nicely done, Mountain Slidewinder was unlike anything I've ridden, and I got some big laughs out of Dolly's Smoky Mountain Wilderness Adventure tour. I missed out on River Rampage, Adventure Mountain, and River Battle.

Of the shows, I saw Sha-Kon-O-Hey, which was incredibly impressive, and Dreamland Drive-In, both some of the best produced theme park shows I've seen with equally talented casts. I also wanted to catch Wings of America and Dolly's Heartsong film but didn't have time for either!

As for food we ate at Aunt Granny's buffet and it was pretty good. We paid out of pocket though and still found it worth the price, especially for a theme park. I know there was a meal deal going on but it wasn't part of the Splash & Play. The cinnamon bread from Grist Mill was DELICIOUS as were the kettle corn and the bakery items, like the Maple Sticky Bun. Yum! Almost forgot the BIG Skillet sausage sandwich from Market Square. Eating that by the Friendship Fountain was a great lunch.

As for the prices.. I see a lot of people complain about the prices and I found a lot of things at Dollywood to be a BARGAIN. I'm from Florida which means I know the Orlando theme parks really well. Maybe you're unaware that parking at the Orlando parks is at whopping $15, which makes Dollywood's $8 a steal in comparison. Also, the $57 entrance fee is nothing when the Orlando parks have reached $90 a day.

There's so much to do at Dollywood. I didn't get a chance to see it all so I'm looking forward to next time, hopefully during Smoky Mountain Christmas where I hear the park is beautiful. But my first time at Dollywood was wonderful and I won't forget it. Thanks Dolly!

It will be a B&M Wing Coaster and... well I'll let you read the rest! :thumbs: It looks amazing!

^ Thanks for the heads up, I plan on being there in late April to mid May to experience Wild Eagle. I love Dollywood and this is the perfect addition for them! With this they have an amazing wooden coaster, a highly detailed dark ride, and now a state of the art B&M. Compliment those with amazing shows and a large collection of other great rides and its just another reason why Dollywood is moving up the list as one of the best in the world.

Agreed! I loved the park as is and with this new coaster, it can only go up from here. I hope to get back next year and ride this! (Oh, and hopefully Timber Tower will be running again by then too..)

I think X Flight has a better layout, but I'm hoping this will have a better atmosphere due to it being built on a ridge. A lot of people on TPR are complaining about a lack of theme, and I'm really confused. Unlike the concrete jungle that is Six Flags, Dollywood has trees! They don't have to build ugly props for the trains to go through!
Last edited: Sep 5, 2011

^^^Exactly. Six Flags theming looks so tacky (in general). I wonder who X-Flight's corporate sponsor will be.

I hope to go to Dollywood next year or soon after. I used to live 3 hours from there and never went. **Tear** Anyways, I think Wild Eagle will be great with the terrain and trees.

Screamscape: They have finished installing the giant loop on Wild Eagle.

This park will be one of the best parks once this coaster is done. The first time I went to Dollywood was in 2002 and the park was half of the size that it is now. That was a while back, it had a $35 admission! Anyways, its amazing how a park in a matter of years can change so much.
Last edited: Oct 14, 2011

They've been adding a new attraction every year. I hope this tradition continues. Forever.

That loop looks like it will be a near miss on its own depending on how wide the trains are.
Last edited: Oct 14, 2011

^ What do you mean "That loop looks like it will be a near miss" ?

But it's the top and bottom near misses that people freak out over, so never mind.

I really hope they replant some trees. It looks so bare. 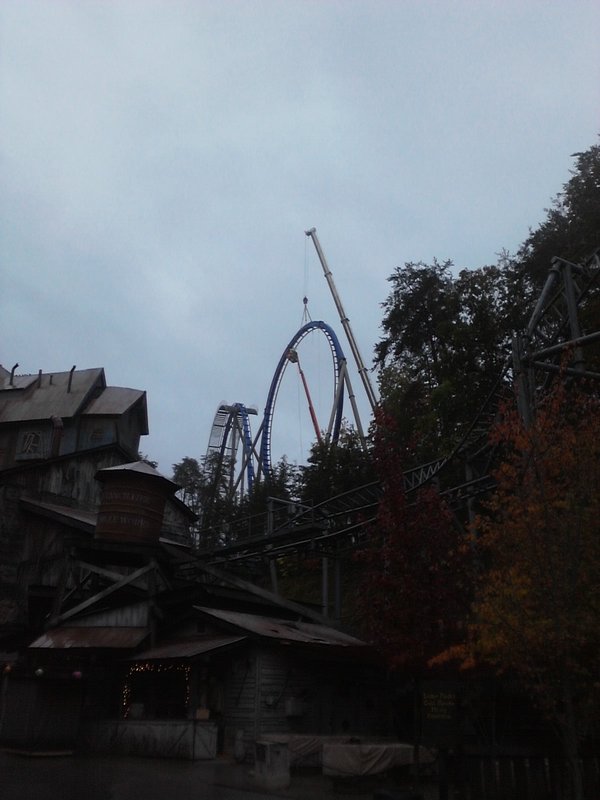 I don't know why this thread/coaster isn't getting much attention ? ( I know this is Orlando United, lmao)...If this was in Orlando, everyone would be freaking out -___-
Last edited: Oct 16, 2011

That is!!! I love what they're doing here. The ride vehicles look really interesting, and the whole eagle flight concept, climbing the mountain and then jumping off into flight. I'd love to ride this one day. Maybe once this opens I'll plan a trip to Dollywood! :D

Felipe said:
Maybe once this opens I'll plan a trip to Dollywood! :D
Click to expand...

You should, the park is amazing. Way better than anything in Orlando.

Dollywood so much. I prob won't get to check this out till 2014 though. 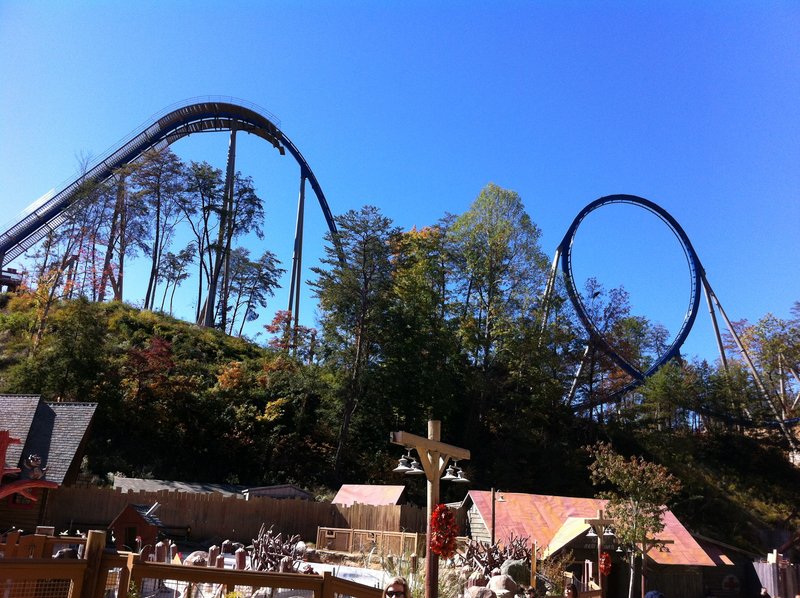 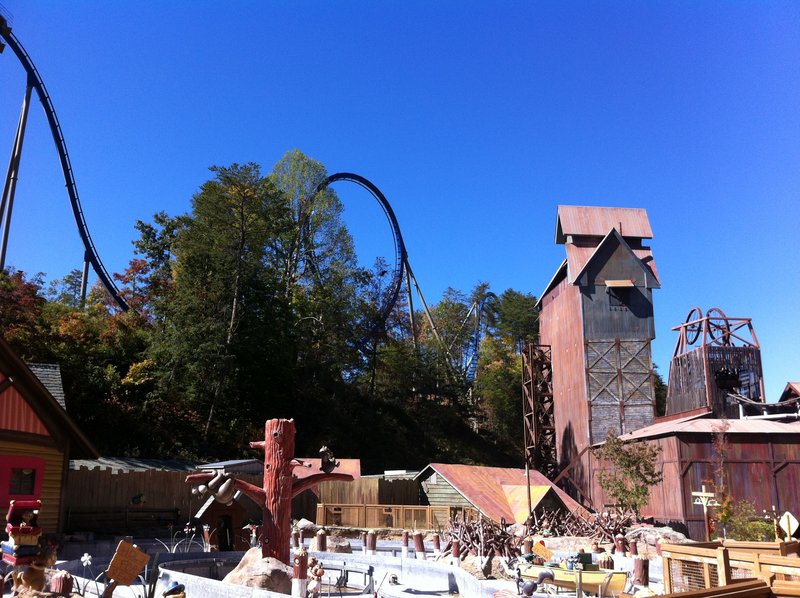 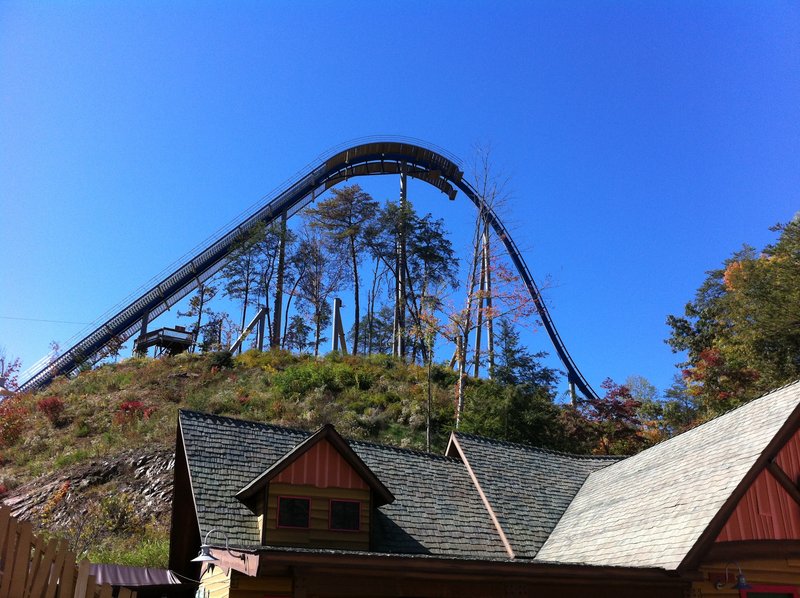 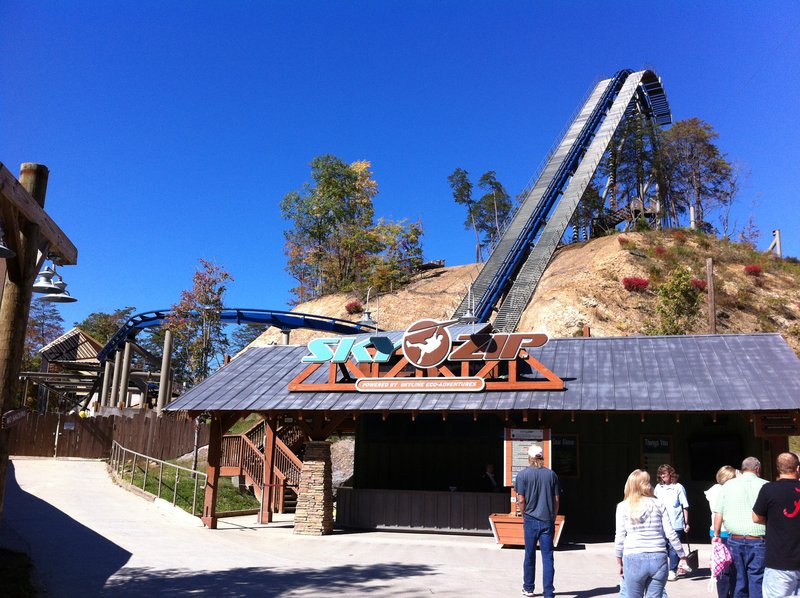 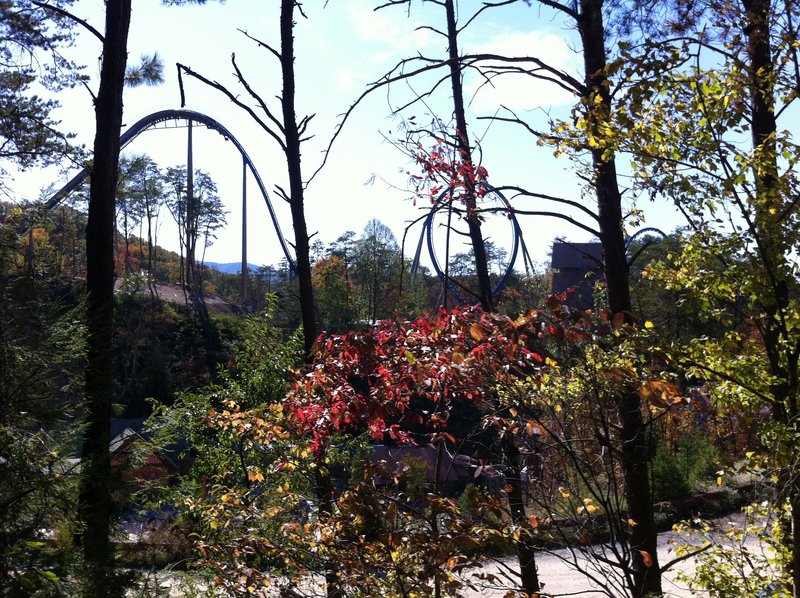 You can even see the ride from the train! 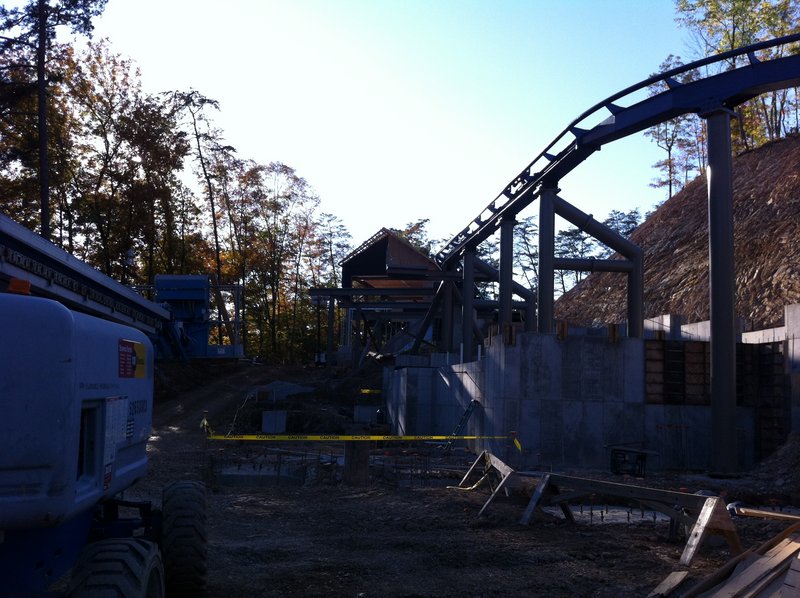 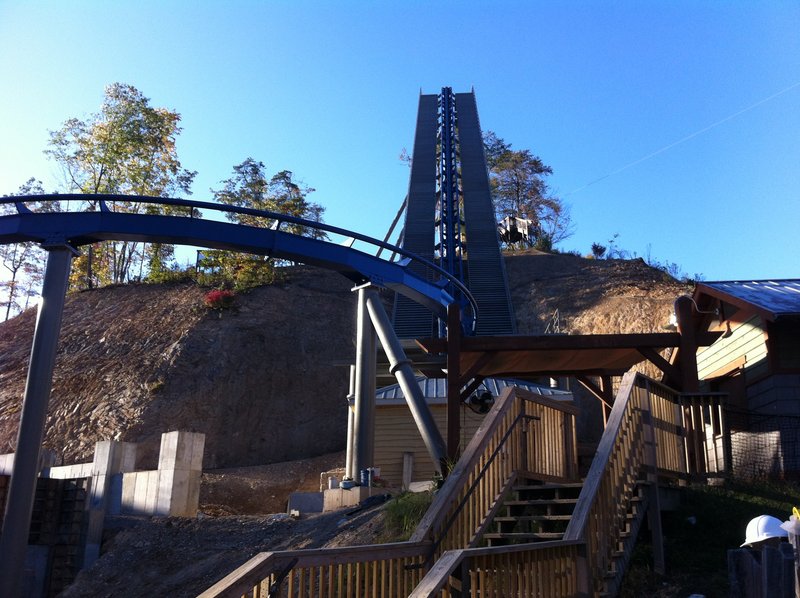