We all know how bad Disney is as an employer to their hard working castmembers with the mistreating of castmembers by customers and not being allowed to report it. The low payment, cutting of hours and now sending them to the NBA experience. That is just cruel.

Oh look, it gets worse.

So just like your local Six Flags, there'll be annoying people dribbling basket balls all around you at DS.
Reactions: PenguinCowboy, Disneyhead and Imperius

So which is a bigger flop? The NBA Experience or SWGE?
Reactions: mainejeff, Honor_Knight and Joel

Disneyhead said:
So which is a bigger flop? The NBA Experience or SWGE?
Click to expand...

I don't like the laser sword fights in either to be honest
Reactions: Disneyhead

Disneyhead said:
So which is a bigger flop? The NBA Experience or SWGE?
Click to expand...

No one flops more than James Harden in today's NBA.
Reactions: Cup_Of_Coffee, therock, alomar and 4 others

Stryker said:
No one flops more than James Harden in today's NBA.
Click to expand...

I watch sports ball too

I did the World of Coke in Atlanta a couple weeks ago and I couldn't help but see a lot of comparisons to NBA Experience.

* Lots of corporate marketing. Bordered on brainwashing.
* Collection of small activities. Mostly for kids.
* Museum exhibits interspersed throughout.
* I didn't see any super fans that were ecstatic to be there, but Coke has a lot of casual interest.
* No regional discounts or annual passes. It's meant to be a one-and-done for tourists.

The big difference was price + expectation. World of Coke was explicit that you would spend 2 hours - tops - and the price was $17. That's half what NBA Experience costs.

NBA Experience is gonna be $20 in less than a year. It doesn't sound like a full-day experience (unlike Disney Quest) and I think Disney needs to better sell it as a small side-show
Reactions: GA-MBIT and SeventyOne

Did this a couple weeks ago. Love the NBA and basketball, but this experience is not worth the $34 it costs. Went on a peak Friday night (from 8-10PM) and it was empty, Disney Springs was still as hectic as ever.

An all-sports ESPN Experience would have done better.
Reactions: therock 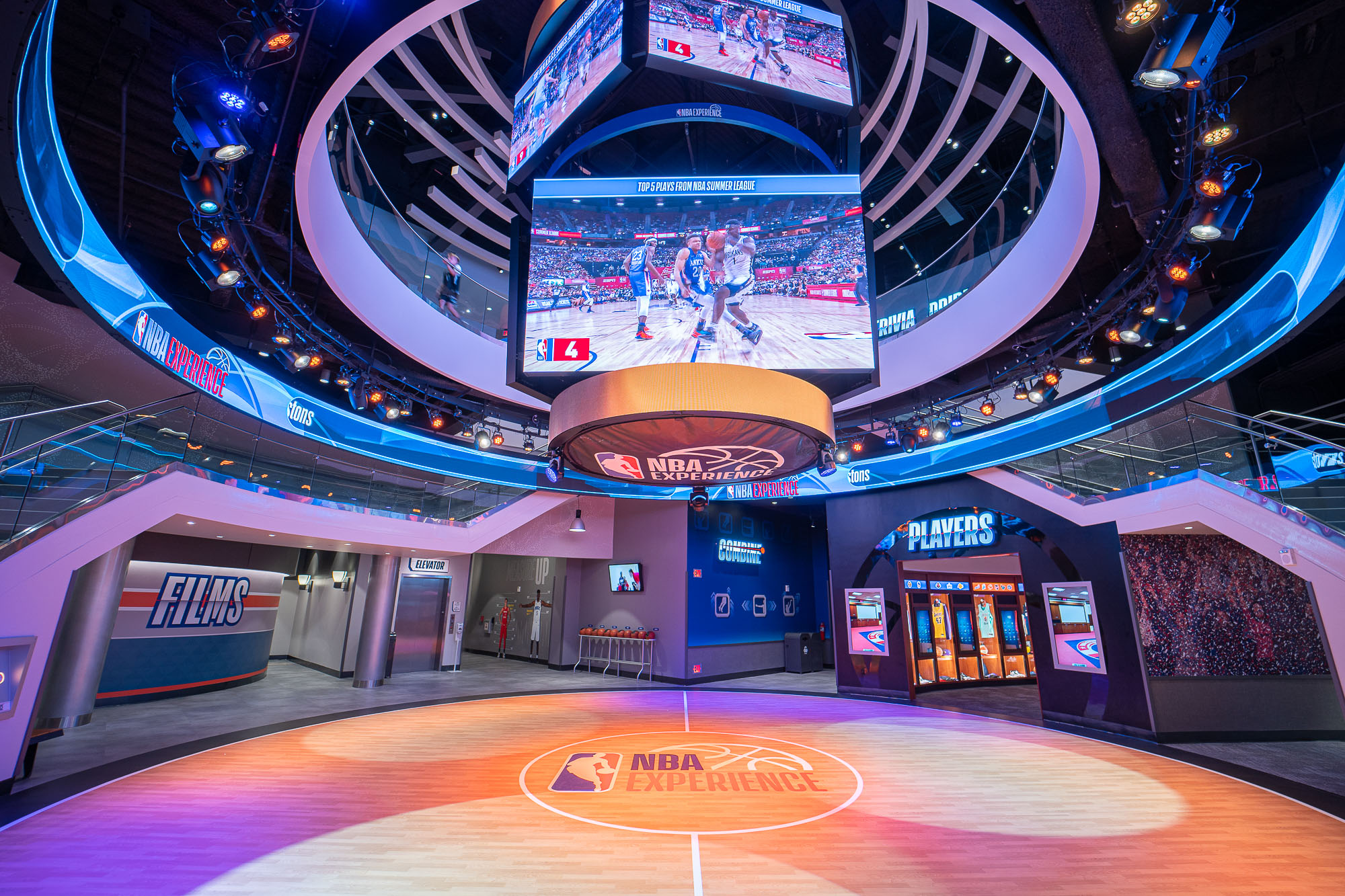 This isn’t doing well is it?

Imperius said:
This isn’t doing well is it?
Click to expand...

Since opening day it has struggled.

It's struggles were easy to predict. it's a flawed concept.
Reactions: Joe, Scott W., Tobias and 2 others

Come on Disney, slap a Walt Disney museum in there and it will print money, I know you need it.
Reactions: LieutLaww
T

Can't say I didn't see this coming, since the writing was on the wall before it even opened.
I noticed some people on the web trying to say this is "DisneyQuest 2.0", but I feel that's a bit of a false title as DQ actually faired pretty decently when it opened (In Orlando, at least.). You just can't say the same bout' the NBA Experience as it's been a failure to launch from the get-go.

I wonder if Disney has some sort of chocolate restaurant to replace this down the line or something.
Reactions: GAcoaster, SeventyOne and Mad Dog

Mad Dog said:
It's struggles were easy to predict. it's a flawed concept.
Click to expand...

Remember everyone praising it and saying Universal screwed up by closing NBA City once Disney snatched it up? Good times!
Reactions: tielo

Joe said:
Remember everyone praising it and saying Universal screwed up by closing NBA City once Disney snatched it up? Good times!
Click to expand...

I honestly can't remember anybody saying anything positive about it.

As for Universal losing it. I'll happily take Toothsome over it any day. Hell, a WWE Hall of Fame restaurant would have done better.
Reactions: LieutLaww