Here's a look at Walt Disney World from yesteryear:

Credit to http://waltdatedworld.bravepages.com for the photos.

Photo of the Horizons Pavilion:

20,000 Leagues Under the Sea Queue Entrance:

How was 20,000 Leagues Under the Sea? I never even knew that was ever at WDW.

I remember when that scary Alien ride was open in Tomorrowland and I wanted to go on(I was 7) and my parents said NO!

Horizons was my favorite ride as a kid. I could never get enough of it.

I was too young when I first went to Epcot and MK, so I barely remember 20K and WoM/Horizons. But, I do remember being scared on SSE. 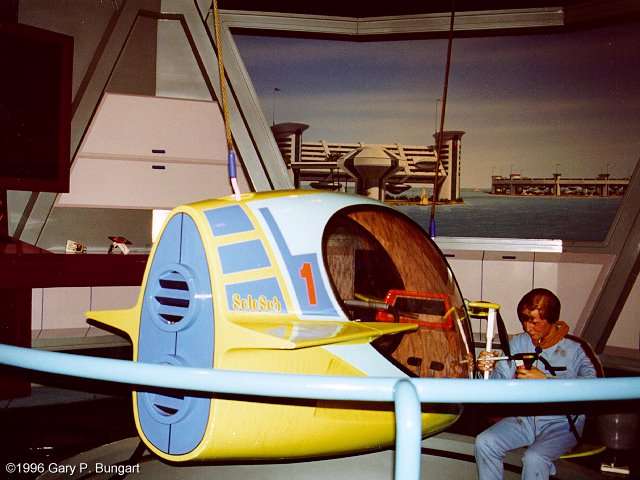 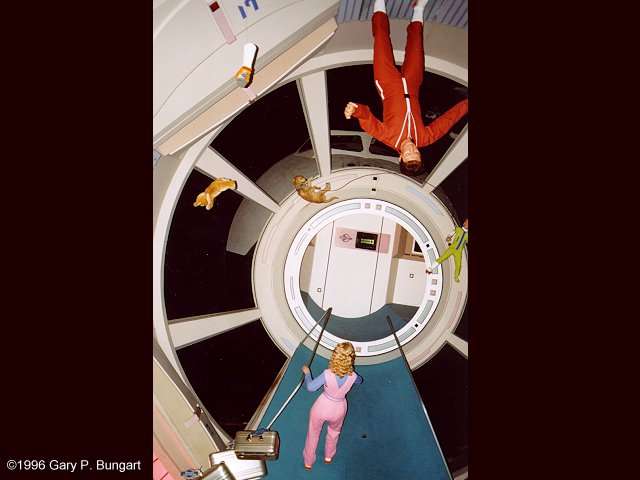 Jmaff said:
How was 20,000 Leagues Under the Sea? I never even knew that was ever at WDW.

I remember when that scary Alien ride was open in Tomorrowland and I wanted to go on(I was 7) and my parents said NO!
Click to expand...

Dude, my parents dragged me on that when I was 4!

That must of scarred you for life. I watched the Youtube video and it doesnt do the show any percent of justice.

Jmaff said:
How was 20,000 Leagues Under the Sea? I never even knew that was ever at WDW.
Click to expand...

I know once when I was really little I FREAKED out on that ride. I'm not sure if this is just my bad memory, but I'm almost positive they actually had to stop the ride and get me out of it because I was running around screaming terrified.

I might of asked this once before, but does anyone remember if there used to be a restaurant at epcot, where they now do character greetings, in that passway to go over towards the land? (sorry, I don't know what exactly that building/area is called now) 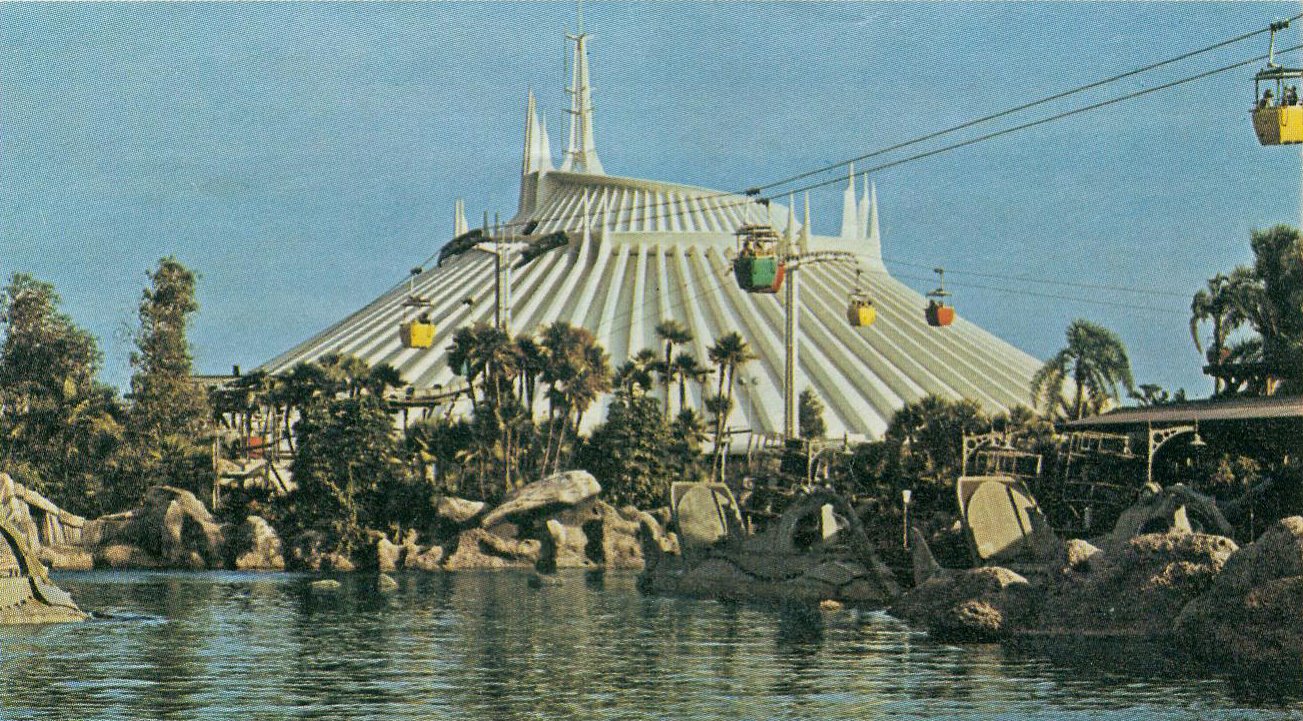 Wow, nice! I really wish I could remember a lot of 20K. I just remember it being a cramped ride vehicle.

Hmmm, didn't know that was a possible angle to get that shot... SM seems way too big...

I wish I had our home movies from our first trip to Disney back in '96..

We have the entire show that used to be in Tomorrowland by Buzz Lightyear/CoP on tape. Plus a terrified 8 year old Drew going on Tower of Terror.

What are the chances of ever seeing a return of the sky buckets?

rewster said:
What are the chances of ever seeing a return of the sky buckets?
Click to expand...

Never. They took down both of the stations, with Tomorrowland's just happening with the Space refurb.
Reactions: bobo5162

I also remember this like.. batting cage I did in '96. A video played after and some MLB player gave you tips and stuff. Also wasn't there like a huge Sega display somewhere? 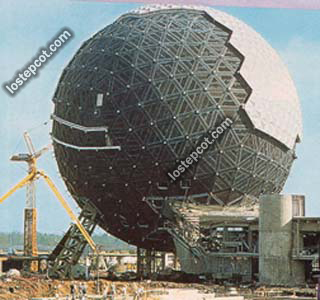 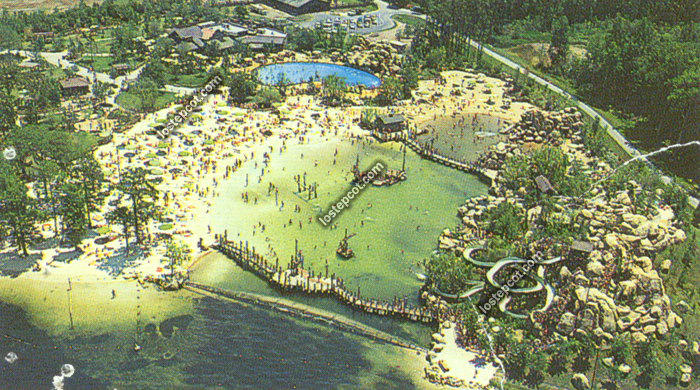 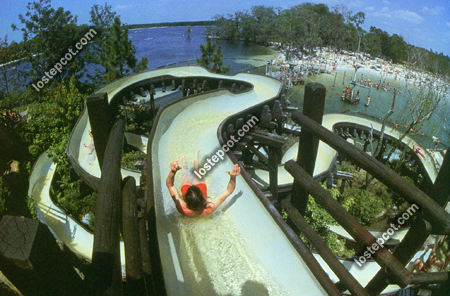 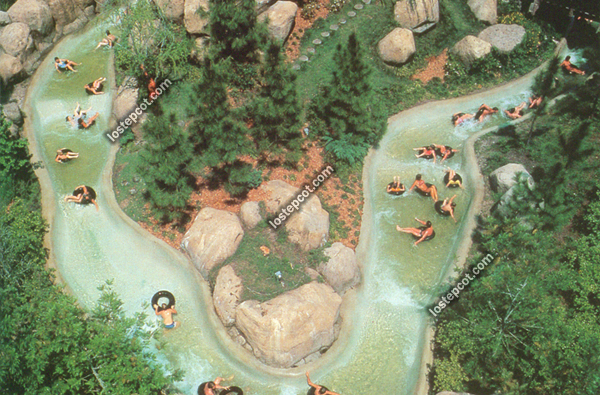 The only rides gone at WDW that I really remember are Alien Encounter and Millionaire. Probably why I feel more sentimental towards Uni.

I also remember this like.. batting cage I did in '96. A video played after and some MLB player gave you tips and stuff. Also wasn't there like a huge Sega display somewhere?
Click to expand...

I thought that was still there. When was it removed?

It was removed January 2007. I never got to experience it sadly.

Ahhhhh you youngsters, Let an Old man tell you things you won't remember. I went to Disney World the first Time in 1975, anyone know what ride was being built that year while we were there, Yes you in the back correct , Space Mountain. There was no Mountain range in 1975 at WDW.

My mom and my brother went and we did 2 parks in 1 day those 2 parks were Sea World and Disney World, yes Imagine that now. Sea World had Shamu and seal and dolphin show and very little else but it was very nice.

Walt Disney to a 12 year old back then was HUGE, I just remember being in awe of everything. I remember the parade, Remember meeting Chip and Dale (Being a twin that was an awesome experience) Disney was so vivid for me I grew up watching The Wonderful world of Disney on Sunday night TV. I remember seeing news clips as they built the park (we lived in Jacksonville and Brunswick during the building)

We went in The summer is all I really remember we did the Big Rides, Haunted Mansion, Pirates of the Caribbean(no JOhnny Depp,,lol) and The Jungle Island Cruise. Also folks this was back in the days of the tickets. You would buy the books with the A, B, C, D and the Best of Course were E ticket rides. I know we did like the trolley and the ferry boat to Tom Sawyer and Rode the Train all of that was one of your tickets.

This was all pre cable TV, and zillion of Movie channels and video games and internet so imagine before all that what going to Disney was Like. I went back in 81 or 82 and the New Hot ride was Thunder Mountain Railroad. I didn't do Epcot till 1987 the first time and we went Dec 26th, I learned a big lesson never go to Disney at Christmas,,lol. The Big new attration that year was The Living Seas the wait was over an Hour plus to get in.

I went to Disney MGM studious on there 2nd or 3rd week open the only major thing they had going was the Much Bigger studio tour with catastrophe canyon. The tour had things you see around the park it was very different then it is now. The Indian Jones Stunt show was in rehearsals and you only saw the first 2 acts. It was such a small park i had no idea how Disney was going to make it work, the next time I went was the 1st Year of Tower of Terror were it only dropped you one time. But it was just as scary as it is now.

I also went the first Month of Animal Kingdom another park that is nothing like the park I first went to. They had it's Tough to Be a Bug and Countdown to Extinction/ Now Dinosaur The ride was differnt as the end the big ass Dino leaned down in your car when it went pitch black. They also had a boat ride were they showed you animals as you cruised around. Also the Safari was amazign we did that when the Park opened at 730 in the Morning, I remember that because it was such a strange hour to open a theme park.