Time for the Highlights:

Yesterday, I had aired a brand new episode of Theme Park Talk V, featuring the fantastic Chris Nighle from Tokyo Disney Reporter. He was a lot of fun to have on, and shared a great incite towards how he stumbled from Canada all the way to Japan, along with sharing how things became the way they are now with his platform. I highly recommend it, as it's a great episode to touch on the element of a journey.


And announced earlier..I am proud to announce a special guest for Episode Seven: Stephen E. Dinehart.

Stephen E. Dinehart is the former Game Director at Evermore up in Utah, and is the current Game Director of an upcoming project called Giantlands: a mixture of a TTRPG/Evermore style park. Additionally, he was the writer of the upcoming Universal Creative project: Mario Kart for Super Nintendo World.

I taped the episode with him on Thursday, and to say it's been an honor to have him on, is no small part of an understatement. Having someone like Stephen on is a massive step forward, and I can't wait to share the episode publicly, as we will be premiering it on Tuesday.

These past 7 episodes have been amazing, and it stuns me to see Theme Park Talk still thriving in it's own special way. I hope everyone here on IU's been able to listen, as we've only just begun.
Reactions: belloq87

I've been enjoying these episodes quite a bit!


I had a lot of fun with Stephen, as it's been a real meeting-celebrity level moment for this season (as you can hear from my..way of speaking). He was a total blast to have on, and gave his all in the level of how he spoke of Evermore and his project of Giantlands.

Not to mention, I was surprised by how he talked of Psycfi, and how I didn't expect we'd go in and talking about the art of a virtual acid trip (but I guess you can't expect things to be normal now, huh.).
Reactions: belloq87

The final episode of Wave Two is out, featuring @Dustin!

Wave Three has begun, as I welcome Orange Grove 55 for this week's episode!


Next week, Episode Ten will be releasing; as I have officially announced that Brad Jashinsky will be coming on-board for the episode of Theme Park Talk V. 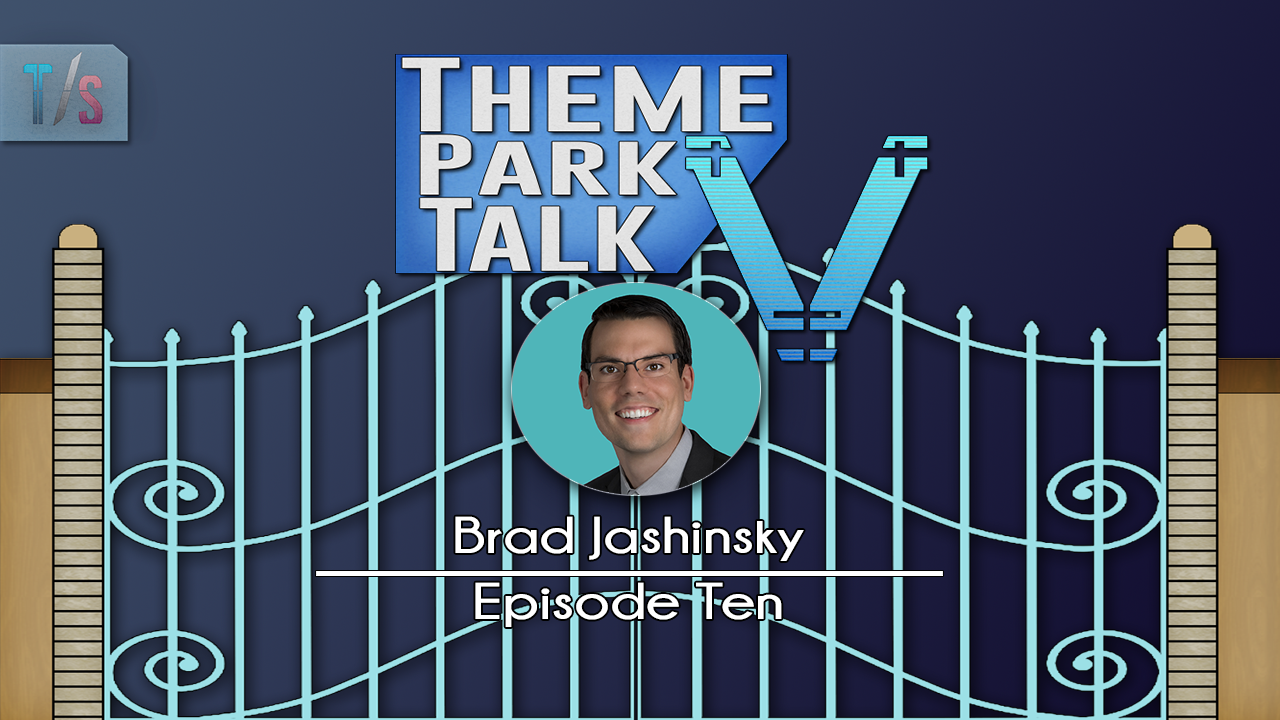 Brad Jashinsky, is the director of marketing and sales at John's Incredible Pizza. But he is more well known in the themed industry, as he was on-board as a major element of the digital marketing for Knott's Berry Farm, and was on for the rebranding of their spring seasonal offerings for the Boysenberry Festival.

I can't wait to share the new episode.
Reactions: belloq87

To bump, the all new episode of Theme Park Talk V is now officially up: featuring a special guest, Brad Jashinsky.


Brad Jashinsky is my second industry guest this season; and I am super happy to of had him on for this week's episode. The level of incite and love that he has is amazing; and you can hear it in the little things we talk about like Timber Mountain Log Ride being one of the best flume rides in SoCal, to him going up to Six Flags when they were in Times Square for showing off a prototype of his mobile app. It's highly worth a watch as-well, for those who want to hear what it's like on the side of marketing.
Last edited: Jan 17, 2020
Reactions: belloq87
You must log in or register to reply here.
Share:
Facebook Twitter Reddit Pinterest Tumblr WhatsApp Email Link
Top Bottom